Recalls, lawsuits, and decades of failed inspections have once again brought Federal Pacific Electric (FPE) “Stab-Lok” circuit breakers under intense scrutiny over their inherent fire and safety hazards. Homeowners are being urged to replace their Stab-Lok breakers rather than run the risk of them malfunctioning and causing fire, damage, or even injury to their homes, themselves, or their families.

What Is A Stab-lok Circuit Breaker? 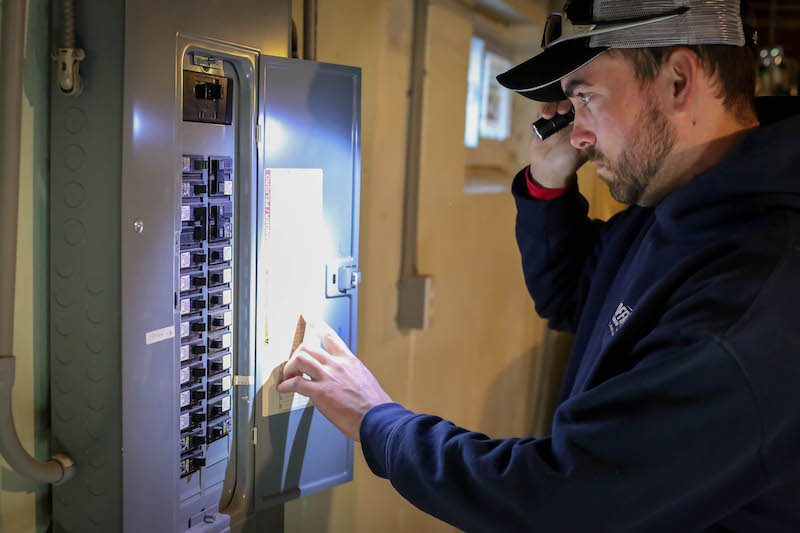 Before you can decide whether there is cause for concern about your own circuit breaker, you need to know what a Stab-Lok breaker is. A Federal Pacific electrical panel, as well as other brands and derivatives of FPE breakers, are supposed to function as follows:

If you have a refrigerator, a dishwasher, and an oven all plugged in and running off the same circuit in your kitchen, then you add a high-power carpet cleaner to the mix because that plug allows you to reach an area of your family room’s carpet, the circuit may trip, causing your power to shut off in the kitchen. This would mean your Stab-Lok functioned properly with safety in mind when the circuit was overloaded.

Is My Electrical Panel Safe?

If you’re not sure about the safety of your electrical panel, the strongest move you can make is contacting a licensed electrician. Find additional safety information here about specific electrical panel types.

Investigation of the FPE Panels: Hazard or Hype? The Consumer Product Safety Commission (CPSC) asked this same question in the 1980’s, when they began testing Federal Pacific Electric breakers. They spent two years investigating and gathering data to determine the safety of the FPE panel.

With the help of electrical engineer Jesse Aronstein, a Materials Science expert, and the company he worked for at the time, the CPSC tested the Federal Pacific Stab-Lok in houses built between 1960 and 1985. According to the results he submitted to the CPSC, Aronstein’s tests showed that 51% of these circuit breakers failed to function properly.

It was also found in this investigation “that many FPE circuit breakers did not fully comply with Underwriters Laboratories, Inc. (UL) requirements” and failed “certain UL calibration test requirements.” Yet, they were unable to “link these failures to the development of a hazardous situation.”

FPE’s parent company — Reliance Electric Co. — maintained that the Federal Pacific Stab-Lok panel “will trip reliably at most overload levels unless the breakers have been operated in a repetitive, abusive manner that should not occur during residential use.”

At the end of two years of investigation and testing, on March 3, 1983, a press release (later revised on February 18, 2011) announced that the CPSC decided to discontinue further research due to budgetary concerns and “insufficient data to accept or refute Reliance’s position.”

Instead, the CPSC urged homeowners to come to their own conclusions and determine their comfort level of having an FPE Stab-Lok panel in their home or the need for a Stab-Lok breaker replacement. Homeowners could have their breakers tested, but in most cases, the inspection would be more expensive than the Federal Pacific Electric panel replacement cost altogether.

The CPSC recommended the following to homeowners in order to ensure their safety and peace of mind:

Other considerations when contemplating an electrical panel replacement include:

It May be Time to Replace Your FPE Stab-Lok Breaker

If you’ve discovered that you own a Stab-Lok breaker in your home, it may be time for a replacement. Contact our team at Hoffmann Brothers to learn more about your circuit breaker and electrical panel replacement.

Other Helpful Resources from Hoffmann Brothers